What Is Urinary Incontinence?
UROMED Informs You

Approximately six to eight million people in Germany suffer from urinary incontinence, commonly referred to as bladder weakness. For many of those affected, this condition is often a taboo subject despite the enormous suffering it causes.

Urinary incontinence is an involuntary and unintentional discharge of urine. This involuntary leakage of urine can be pronounced differently, from a few drops to permanent leakage.

In addition, the German Incontinence Society distinguishes various forms of urinary incontinence. The most common forms are presented here. 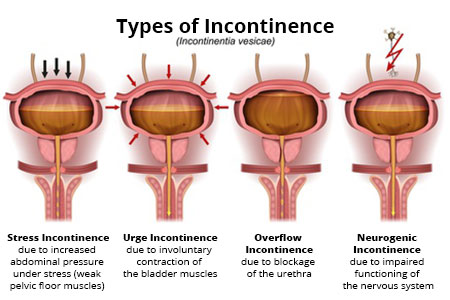 Stress incontinence is characterised by the loss of urine due to increased pressure in the abdomen. Everyday physical exertion such as coughing, sneezing, laughing and lifting heavy loads can lead to an involuntary and uncontrolled discharge of urine.

Stress incontinence occurs more frequently in women than in men.

A sudden, irresistible urge to urinate, which can often occur at short intervals and even when the bladder is not full, forces the person concerned to seek a toilet immediately. Urge incontinence is given when the urge symptoms cannot be delayed and there is an involuntary leakage of urine before a toilet can be reached. It also involves a frequent urge to urinate with frequent visits to the toilet at very short intervals (&lt30 minutes) to drain only small amounts of urine.

Reasons for this form of urinary incontinence can be a small bladder, bladder infections, instability of the bladder muscle, and tumours. Urge incontinence is the most common type of incontinence in the elderly.

If the pressure in the urinary bladder exceeds the pressure of the bladder sphincter, a continuous trickle of urine is discharged. This is known as overflow incontinence. The bladder is constantly overfilled and continuously releases small amounts of urine in the absence of any urge to urinate. Men are more affected by this type of incontinence than women.

Reasons for overflow incontinence can be drainage disorders, e.g. due to urinary stones, tumours or nerve damage. In many cases, an enlarged prostate can also cause a blockage of the bladder outlet.

Paraplegia can cause the nerve paths which control bladder function to be interrupted. Patients no longer sense when the bladder is full. The result is an involuntary discharge of urine at varying intervals.

There are two types of reflex incontinence:

In many cases, the incontinence can be cured, or at least improved, through targeted treatment. The treatment must be individually tailored to the cause of the urinary incontinence, the type and extent of the complaints, however as well to the patient’s particular situation.

Some forms of incontinence can be alleviated, for example, by means of physiotherapy exercises to strengthen the pelvic floor muscles. Drug therapy can also help. Other treatment options include surgeries to restore the pelvic floor and urethral function, or elimination of drainage problems and targeted toilet training. 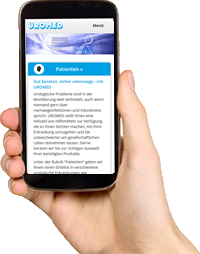